Your browser does not support JavaScript!
Mirum

A brand new website for Dutch beer company "Grolsch" for the 2019 "AS I AM" campaign for global and local markets.

As Mirum - We were approached by Wunderman Thompson to develop a new campaign website for Grolsch. The site showcases the campaigns "AS I AM" section, also featuring influencers and celebrities, the current beer range and people who work at Grolsch.

Design & Build took 2-3 months, this was extended to coincide with the photoshoot for the new products and content updates. 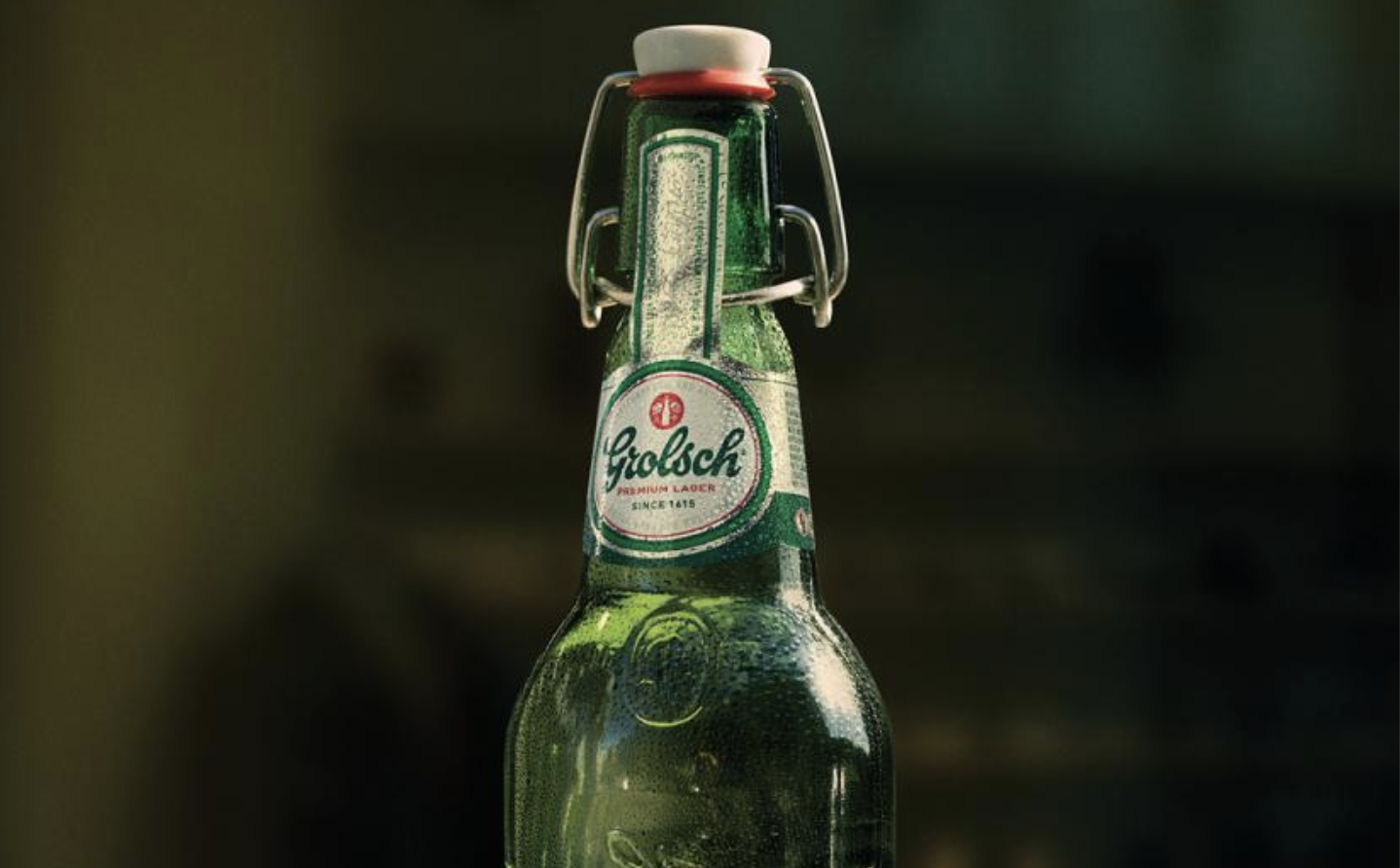 We chose Drupal 8 because of its support for multilingual. Initially the site launched with 3 languages with plans for more in the future.

With a modern design we were keen to implement modern web technologies and techniques.

We decided browser support would fallack to Internet Explorer Edge but after some further research looking at the analytics we would have to support IE11. The site is hosted on platform.sh and heavily cached - due to the content not changing frequently. 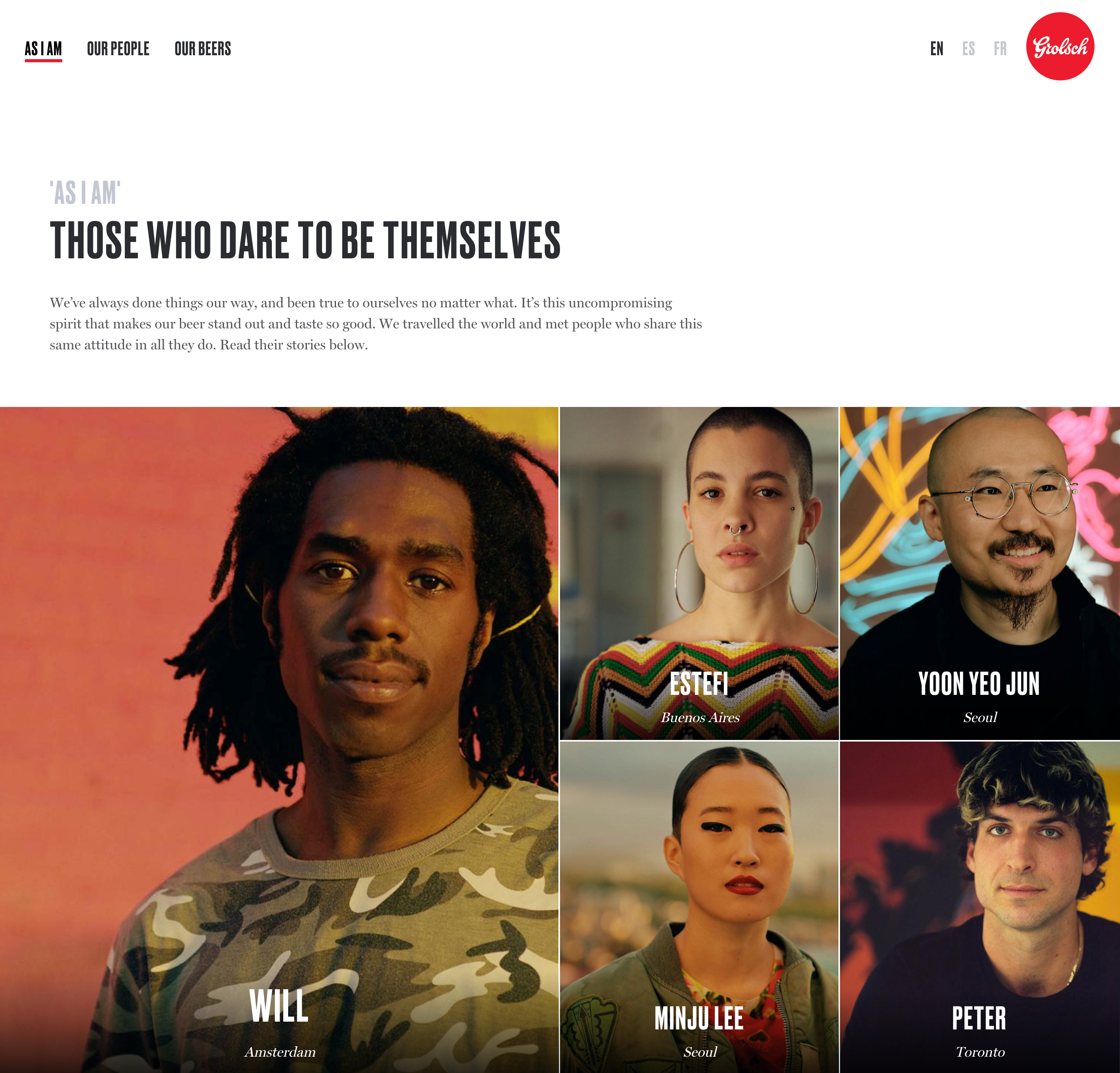 Being a 3rd party agency on this project was challenging at times, imagery from the photoshoot was shot in 4:3 format and not 16:9 which didnt work with the designs for the site, these were later amended.

We wanted to use CSS grid as much possible, but we had to cater for IE11 so we felt falling back to Flexbox was more appropriate.